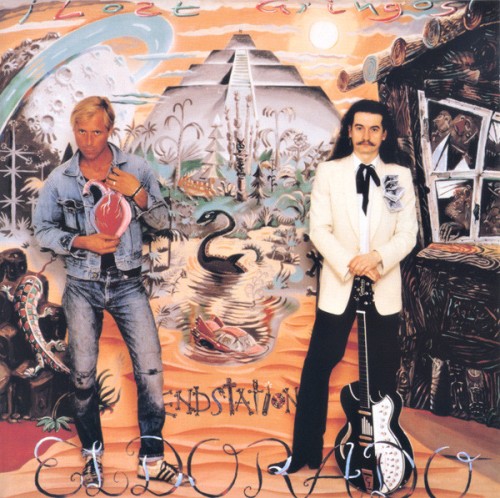 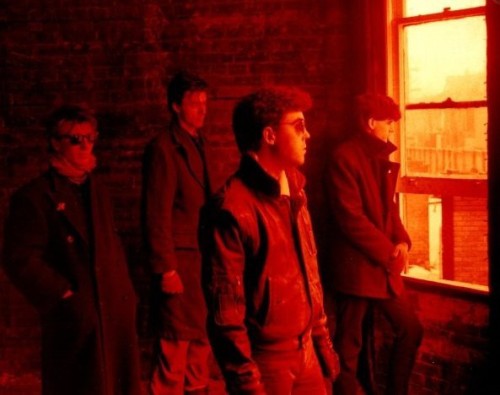 Kinetic Ideals was a Canadian new wave band from Mississauga, Ontario. They released one single and three EPs on the Mannequin record label, formed by Paul Abrahams, manager of the new romantic group Spoons.

Their first single, 'Life In Shadow / Maze of Ways' was the second release on Burlington-based Mannequin, following on the Spoons debut. It had a rough and ready quality with a one-two punk beat that sounded a little retro even in 1980.

In 1981 they issued a five-track EP, 'Reason', that established the sound they became known for, a moodier post-Joy Division groove that fit with other locals like Sheep Look Up and Breeding Ground. Brett Wickens was by now working for Peter Saville Associates in England, and designed an angular modernist cover in the mold of early New Order releases.

This combination of compelling music, improved production and visual design garnered the band critical acclaim. Mike Rullman (vocals), Jean-Claude Chambers (guitars), Alan Murrell (bass) and Jon Davies (drums) found themselves opening for visiting bands including A Teardrop Explodes, The Stranglers and Gang of Four. The song "Animalistic" topped the dance-club charts in Toronto in 1981, and was a live favourite.

Kinetic Ideals toured Canada and the USA before heading to London, England for a series of showcase gigs. While there, Jon Davies was struck by an automobile just after sound-check for a gig at the 101 Club. He did not return to Canada with the band.

In 1982 'Angular Sky / Fade Away' was released as a 12" but the sprawling disjointed songs did little to build an audience. A session steel drum player replaced the keyboard parts played live by Bruce PM. Jon Davies left the band for good to join Breeding Ground and was replaced by a drum machine.

Their final release was the EP 'A Personal View' in 1983. Pressed on white vinyl this included "Me And The Sky", "Together" and "In A Second", songs that were more contemplative and less angry than earlier exercises in tension. The band's use of the Oberheim DMX drum machine is distinctive. This recording was produced by Brett Wickens and engineered by Greg Roberts at Grant Avenue Studios, home of Daniel Lanois and various Brian Eno recordings.

Patrick Duffy was recruited as a new drummer, but recordings of this lineup were not released until 2013. Kinetic Ideals disbanded in 1986 after the vocalist Mikal Rulman left the band. The others continued as First Man Over. [SOURCE: WIKIPEDIA] 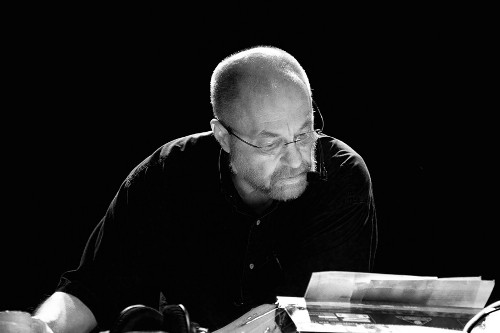 John Bender is a pioneering minimal synth musician born in 1950 in Nurnberg, Germany. He is the son of a violinist and US Army Lutheran chaplain. Because of this, Bender moved around a lot as a child, living briefly in Nurnberg, Boston, California, Japan, Fort Knox, and New York City before settling in Cincinnati. He played drums in a group called Barbi And Cen with his neighbor Jack Gorski. After Jack moved to Glasgow, Bender bought a keyboard and started working on solo recordings. He mentions Velvet Underground, Can, Tony William, Drumbo, Samuel Beckett, Alfred Jarry, Pere Ubu, Soft Machine, and Robert Ashley as influences. John Bender's music was self-published via cassettes and through the Record Sluts label. After 1985 he disappeared from the music world. However, in 2016 he resurfaced in Europe for a couple of live gigs mainly playing old material with improvisations. [SOURCE: DISCOGS] 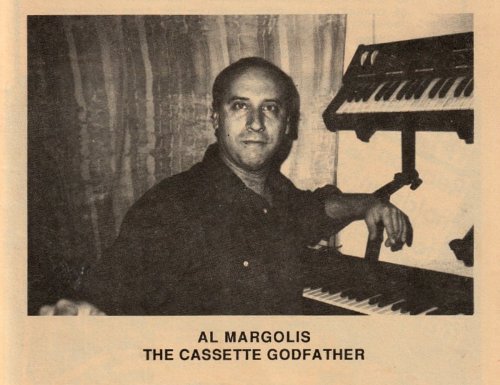 If, Bwana was born on New Year's Eve 1984, making music that has swung between fairly spontaneous studio constructions and more process-oriented composition. A recent review of Margolis's work says: "Let it be declared that Al Margolis / If, Bwana is some sort of evil genius working with raw materials which are never adapted to a genre or a context, because they create one in that very moment. Those sources are radically altered up to an utterly unrecognizable state, anarchic manifestations moving in compact determination." (Massimo Ricci, "Touching Extremes").

Al Margolis has been an activist in the 1980s American cassette underground through his cassette label Sound of Pig Music; was co-founder of experimental music label Pogus Productions, which he continues to run. He has recorded and / or performed with Pauline Oliveros, Ione, Joan Osborne, Monique Buzzarté, Katherine Liberovskaya, Adam Bohman, Ellen Christi, Fred Lonberg-Holm, Jane Scarpantoni, Ulrich Krieger, David First, and Dave Prescott, among others. [SOURCE: IFBWANA.COM] 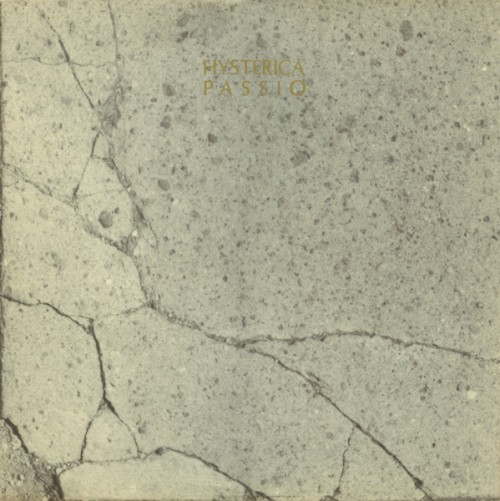 Hysterica Passio, a NY downtown 4 piece group, released their only single 'Grey Over Life' in 1982 for the Fire in Heart records. The band only lasted about 3 years but they managed to gain a good following playing at all the local venues such as Danceteria, The Pyramid Lounge, The Mudd Club and Maxwells. The best source for their music today is still their Myspace page with more unreleased tracks and band info (http://www.myspace.com/hystericapassio) [SOURCE: BURNING FLAME] 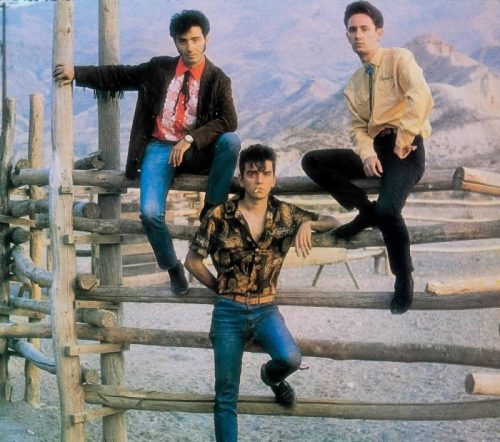 The origins of the group go back to 1977, when the band Rigor Mortis was formed with the participation of Jaime Urrutia, Fernando Presas "Ferni" and Edi Clavo together with Eugenio Haro. This band only gives one concert and quickly dissolves after Edi's departure. The band was then named Los Drugos, made up of the three remaining members. This band is even more ephemeral than Rigor Mortis, as Jaime joins Ejecutivos Agresivos. The two remaining members of Los Drugos form the band Automáticos rescuing Edi. This new formation is also ephemeral and after the dissolution of Ejecutivos Agresivos, Jaime, Edi and Ferni meet again to form Gabinete Caligari (which was going to be called Los Dandies in the beginning) and, influenced by British post-punk and the personality of Eduardo Benavente, they got into sounds darker than those that were played at the time

The name of the group refers to the 1920 German horror film "The Cabinet of Doctor Caligari", a key film in German expressionism. In fact, the song "Sombras Negras" alludes to that film. In their post-punk era their image and attitude had a marked provocative character and their songs had a content that evoked from the interwar period to sadomasochistic relationships. Representative themes of that stage were "Olor a Carne Quemada", "¿Cómo Perdimos Berlín?" or the emblematic "Golpes".

Their first albums were characterized by a constant reinvention. In this way, around 1983 they inaugurate a new current that was baptized as "Rock Torero". It was pop influenced by castizo sounds (from Spanish folklore), such as pasodoble. This influence is already evident in their first album, which mixes dark songs such as "Héroes de la URSS" or "Grado 33", with others from this new batch such as "Sangre Española" or "Que Dios Reparta Suerte". This mixture of rock with popular rhythms will be a maxim in the career of the band, achieving with it such popular themes as "Al Calor Del Amor En Un Bar", "La Culpa Fue Del Cha-Cha-Cha", "Camino Soria" or "Cuatro Rosas".

They reach the peak of their popularity with the albums 'Camino Soria' and 'Privado'. From that moment on, their success begins to slowly decline. Already in the 90's, the musical style they defend does not receive the approval of the general public and, in spite of maintaining the quality, not adapting the sound to the scene that was being lived ends up costing them. Thus, in 1999 the group was officially dissolved, partly due to the lack of attention that the media had paid to his last two works, 'Gabinetíssimo' and '¡Subid la Música!' In 2002 Jaime Urrutia began a solo career, releasing several albums. Edi Clavo and Ferni Presas founded the group Paraphernalia, which was dissolved shortly afterwards, and they have continued rehearsing together.

In 2016 they released their first live album, which corresponds to a performance on February 11, 1984, which has remained in the DRO warehouse for more than 30 years. In March 2018, and as a tribute to his most emblematic album, a remastered version of the LP 'Camino Soria' was published, as well as a book by Eduardo "Edi" Clavo with the same title (and published by the Contra publishing house) in which the ex-drummer of the group narrates the genesis, influences and development of the aforementioned album. [SOURCE: WIKIPEDIA] 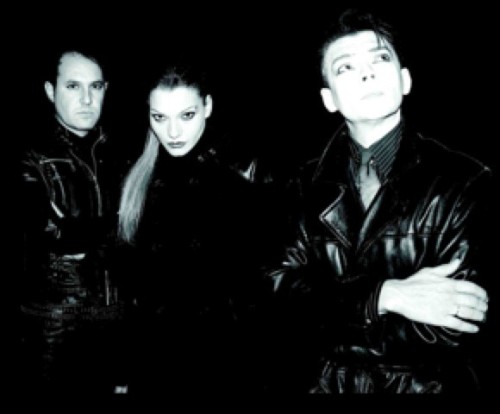 Fockewulf 190 was a New Wave group from Milan formed in 1980 by Vittorio Barozzi aka Victor Life and Dario Dell'Aere. In 1979 the duo met outside a cinema and began a lifelong collaboration of projects: Diamond Dogs, Ice Eyes, Demode Boulevard and Fockewulf 190, named after the model jet planes Dario fanatically built. Musically, the duo were inspired by The Human League’s 'Reproduction' and John Foxx’s 'Metamatic', while they took visual cues from the New Romantics Visage and Ultravox. With the Fockewulf 190 moniker, they created their own dark blend of Italo disco and New Wave, and released two singles in 1984 and recorded an album’s worth of music that eventually saw the light of day in 2010.

By 1983, local DJ and guitarist Salvatore Nonnis aka Stan After was added to the group. The band were searching for a producer and found Giuseppe Mincioni of Market Records who serviced the local DJs at the Taxi Club where Stan worked. Mincioni immediately proposed to make a hit with the Italo Disco production team Miki Chieregato and Roberto Turatti behind such acts as Den Harrow, Joe Yellow, Stylóo, Flexx. Dario handed them a demo called “Walking Out” and Turati thought the John Foxx-esque vocals were not commercial enough so they suggested vocalist Fred Ventura. Fred accepted their offer and wrote lyrics for the song politically inspired by living in a world divided in East and West, the Cold War, terrorism, and street violence. The debut single 'Body Heat' was released in 1984 on Market Records with the band’s name misspelled as Fokewulf and vocals wrongly credited to Dario. Clocking in at over 6-minutes, the song features Fred’s New Beat style vocals over melancholic, sweeping keyboards and hard edged drum rhythm patterns. On the B-side is an instrumental version with the occasional “Hey you take a look at me” chorus. [SOURCE: DARK ENTRIES RECORDS]