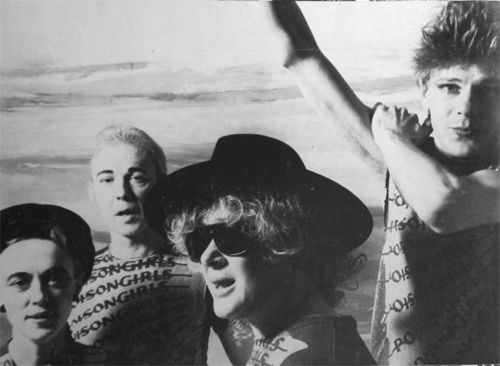 A British punk unit whose thoughtful explorations of issues of sexuality and gender conflicts presaged the riot grrrl movement of the 1990s, Poison Girls were actually a male backing band formed around a singer and guitar player calling herself Vi Subversa. Released in 1979, the Girls' debut, 'Hex', was produced by Crass drummer Penny Rimbaud, as was the following year's 'Chappaquiddick Bridge'. While the guitar-based music on both records was fairly subtle, Subversa's lyrics were anything but, tackling issues of politics, normalcy, romance, and feminism with fury and intelligence.

After releasing 'Total Exposure', a stopgap live album recorded in Scotland in mid-1981, Poison Girls returned in 1982 with a newly skilled and sophisticated sound on 'Where's the Pleasure', which found Subversa streamlining her material to focus solely on the subject of sex. By the 1983 EP 'I'm Not a Real Woman', the band had virtually abandoned its punk roots in favor of Celtic folk singing and cabaret-styled pop; 1985's 'Songs of Praise' even found elements of funk creeping into the mix.