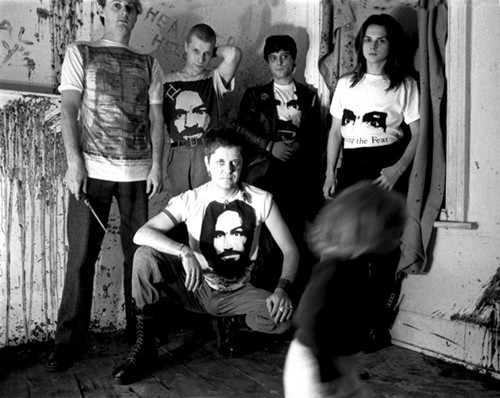 After Genesis P-Orridge dissolved the seminal industrial rock outfit Throbbing Gristle, he and Gristle cohort Peter Christopherson, plus Alternative TV's Alex Fergusson, formed Psychic TV in 1981 as a means of continuing their confrontational, shock-oriented approach to music and their multimedia live performances. Psychic TV draw much of their inspiration from the literary underground, including situationist philosophy, William Burroughs (who was a professed fan), the Marquis de Sade, and Philip K. Dick. The group also claims to be the mouthpiece for its own quasi-religious group, The Temple Ov Psychick Youth. P-Orridge has been branded a dangerous deviant in several publications, and police raided his home in 1992, seizing videos, books, and magazines following a television show concerning child abuse in which a Psychic TV performance art video was shown out of context.

As for the music itself, Psychic TV's earlier years continued in the experimental vein of Throbbing Gristle's work, encompassing melodic pop, barely listenable white noise, gentle ballads, industrial found-sound collages, spoken word pieces, and experiments with ethnic instruments and world music, all tied together by a Dadaist sensibility. 'Force the Hand of Chance', the group's first album, was released in 1982, with 'Themes' and 'Dreams Less Sweet' (featuring input from Geoff Rushton, aka John Balance) arriving soon afterwards. During the '80s, Psychic TV's prodigious output totaled over 20 albums. Much of this stemmed from a publicity stunt beginning in 1986 for which the group attempted to release one live album, each from a different nation, on the 23rd of each month for 23 months. Even though the group didn't quite achieve its goal, the 14 albums Psychic TV released in 18 months were enough to get the group into The Guinness Book of World Records. Christopherson and Rushton both left the group rather early on to form Coil, and Psychic TV have since become an open-ended collective. Psychic TV scored a minor U.K. pop hit in 1986 with "Godstar," a tribute to Rolling Stones guitarist Brian Jones, and 1988 saw the group's first album release in America with 'Allegory and Self'.

Beginning in 1988, P-Orridge became a pioneer on the British club and rave scene. Records from the Chicago house scene by Frankie Knuckles and Farley Jackmaster Funk made their way to London, and when P-Orridge noticed the word "acid" on one of them, he dubbed the British psychedelic variation "acid house" and began recording and experimenting with the style on 'Jack the Tab: Acid Tablets, Vol. 1' and 'Towards Thee Infinite Beat'. P-Orridge has since released albums under the name Psychic TV as well as using a variety of aliases to produce "compilation" albums actually featuring his own music in collaboration with Fred Giannelli, Dave Ball (of Soft Cell), Richard Norris (who later formed The Grid with Ball), and other electronic musicians. After a "self-imposed exile" in which P-Orridge and family fled England and moved to California, Larry Thrasher (of Thessalonians) joined Psychic TV, and the group began to return to its previous psychedelic pop-influenced sound. In addition to new albums such as 'Trip Reset' and 'Cathedral Engine', several Psychic TV collections, as well as new material, appeared in the '90s; the best of the retrospectives are the two singles compilations 'Hex Sex' and 'Godstar', and the 1999 overview 'Best Ov: Time's Up'. P-Orridge and Thrasher also formed a related group called Splinter Test.

New Psychic TV material took a back seat as P-Orridge's commitment to his spoken word project Thee Majesty and a new philosophy he dubbed "Pandrogeny" occupied his time. It was the latter that had him going under the knife for breast implants and enforcing the use of the pronoun s/he. Psychic TV work began again in 2003 (as PTV3), with two years of touring leading to studio work. A new album was delayed when Throbbing Gristle reunited for a short time, but work resumed in 2006. The finished product, 'Hell Is Invisible...Heaven Is Her/e', arrived a year later. P-Orridge's wife and bandmate, Lady Jaye Breyer P-Orridge, died of heart failure a few months after its release. A tribute to her, 'Mr. Alien Brain vs. the Skinwalkers', was released near the end of 2008, featuring versions of Syd Barrett's "No Good Trying" and The Velvet Underground's "Foggy Notion."